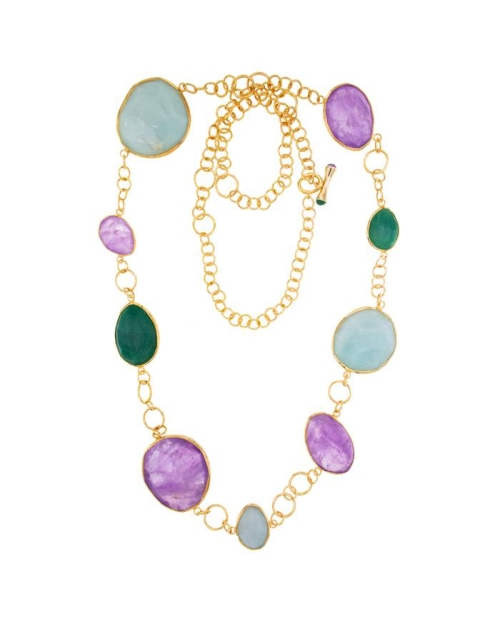 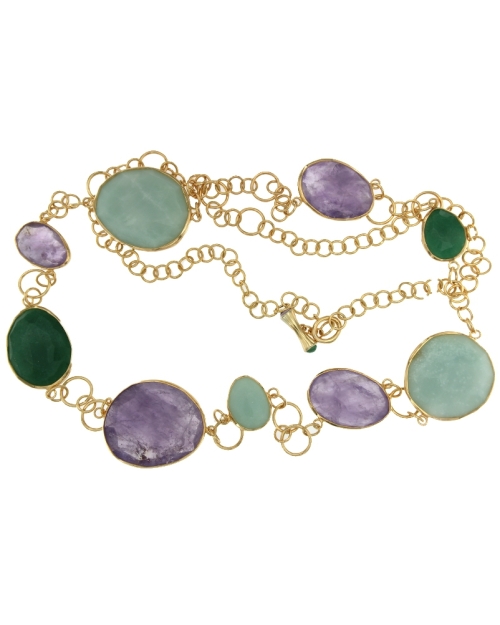 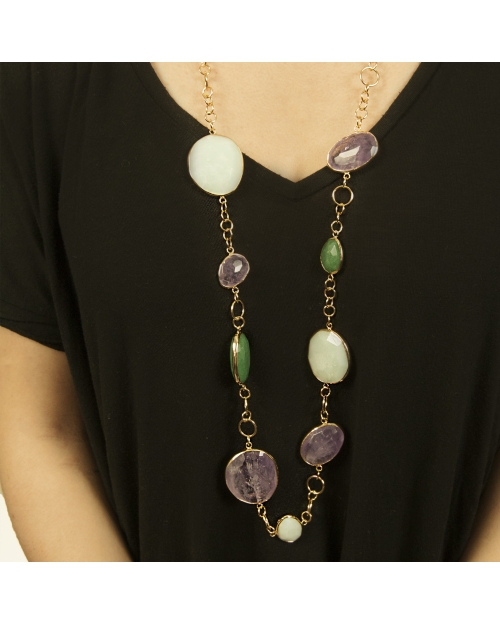 Long golden silver necklace with a combination of natural hand-carved stones in different sizes, creating a modern and original piece that plays with it's opacities and colors. A necklace that will accompany you in the most casual and most elegant looks.

Since before we opened our first Coolook store, our designer knew which were some of the jewels she would create. Pieces that have accompanied us since then and that as all good classic, they are not out of style. This collections born a couple of years ago, when we realized that many of the Coolook pieces were still your favorites, no matter how much time had passed since they were created and that they became a basic in your jewelry box. Every year or season, a piece chosen by our clients becomes part of this collection, making it eternal. Every classic Coolook is a jewel that will forever be with us.