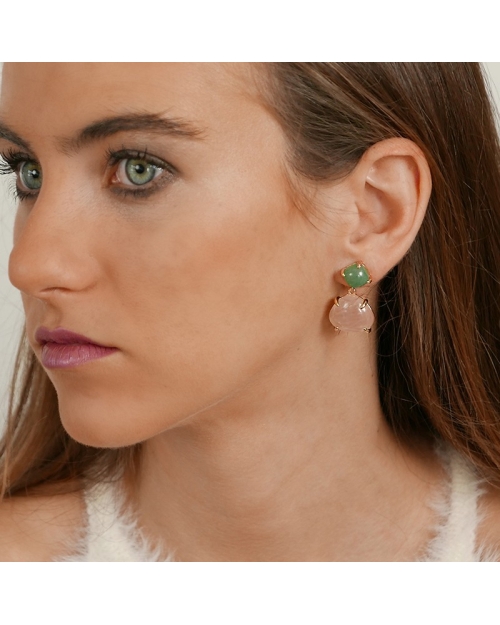 Golden silver earrings with hand-carved natural stones in irregular shapes that soon became a classic Coolook, for it's combination of colors and it's simple design and versatility. A jewel that will be your best ally for every occasion.

What is pink quartz?

It is a silica mineral of pink color and cloudy semblance. Contrary to other quartz , it is never completely transparent and we frequently find white stripes inside the mass.

It is said that it is a relaxing mineral which provides wellness and happiness, helping express your feeling and improving your state of mind. It is used for strengthening relationships and getting rid of negative energies.

The mail deposits are foul in Brazil, Madagascar, India, Mozambique, Namibia and the United States. It can also be found in some places of Spain. 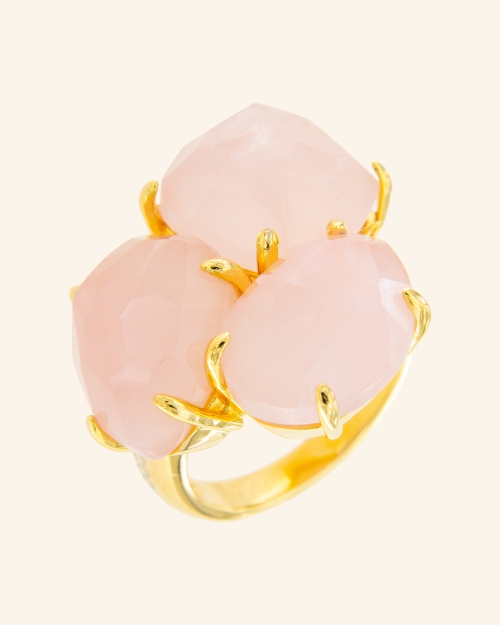