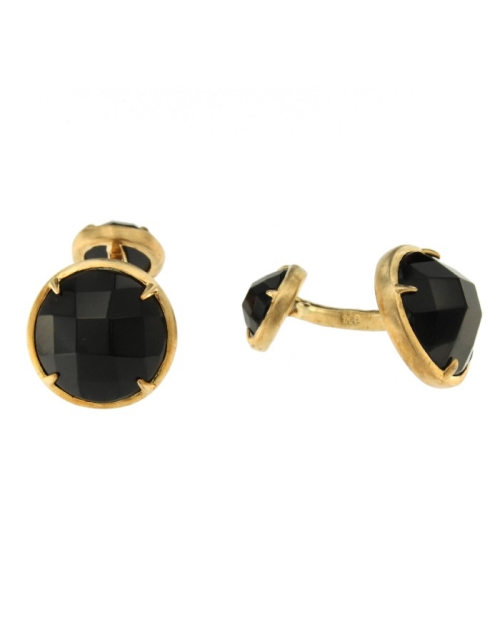 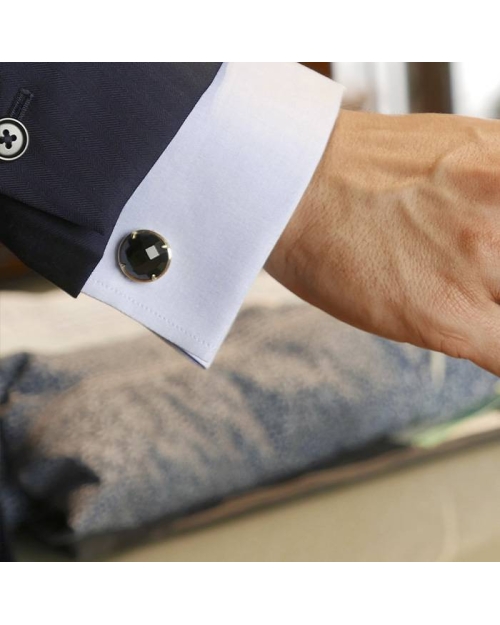 Golden silver cufflinks with hand-carved natural stones, a simple design full of character and elegance. A piece of minimalist air that will give light and color to the most serious looks.

It is a variety of the agate, the difference between both is the shape of it's bands in layers. The onyx is formed from volcanic gas in the magmatic rocks and is used for engraving drawings.

It is said that it gives stability, vigor and strength. It is a protective stone that avoids envy, the evil eye and jealousy. Also, in Aztec culture it was considered the stone of war.

The biggest producer in Mexico, but it can also be found in Brazil, Argentina, China and Turkey.